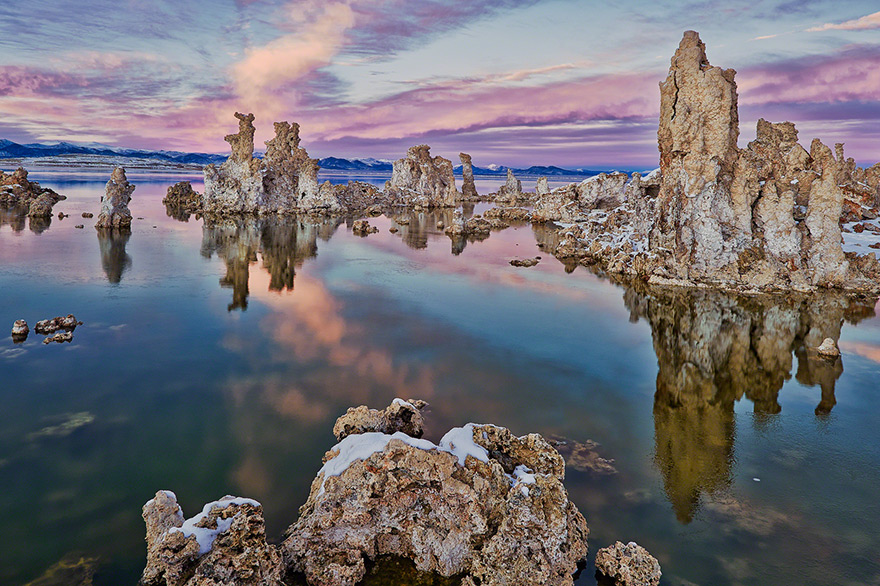 Mono Lake, located near Yosemite national park in California, has some of the most amazing sceneries around. Its hard to tell if the pictures were taken on earth or come from some distant planet in a science fiction movie. The unique landscape is due to the tufa rock formations, which are made up of mineral deposits.

The lake was named in 1852 after the Mono tribe, who were native to the area. The tribe’s western neighbors, the Yokut, called them monachie, meaning “fly people” because they used fly larvae which grew on the lake as their chief food staple and trading article. 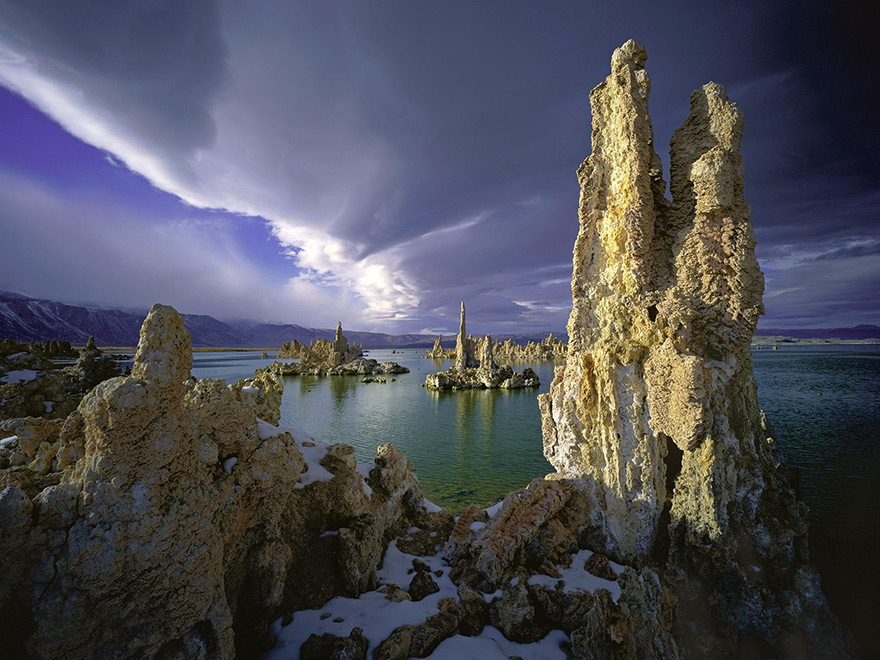 The lake is nearly 1 million years old, and contains 280 million tons of dissolved salts in its water. Its water is three times as salty as ocean water, making it difficult for most species of fish to survive. The lake measures 21 kilometers across, and covers 45,000 acres of land. Today the lake is 159 feet deep, though at its height during the most recent ice age, the lake would have been about 900 feet deep. There are two large islands in the lake, along with numerous unique tufa rock formations, which give it its moon like appearance. 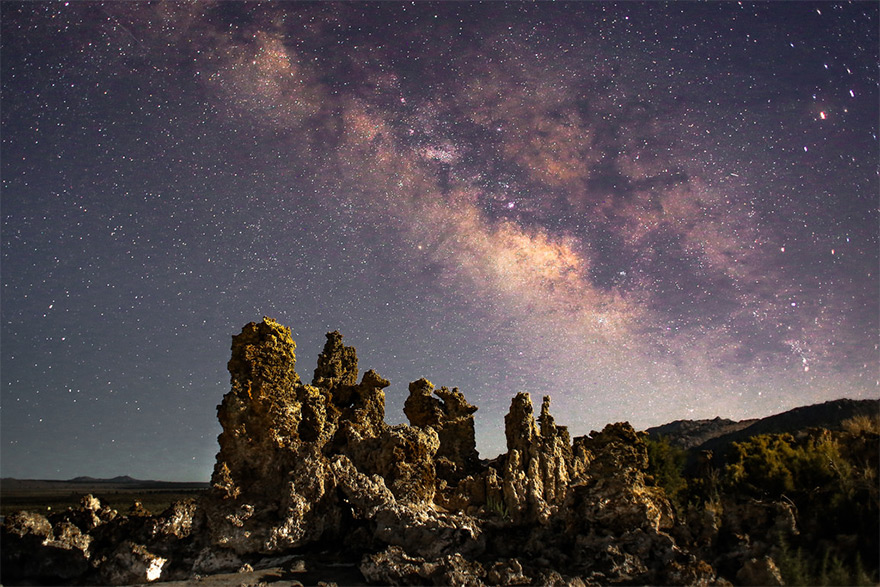 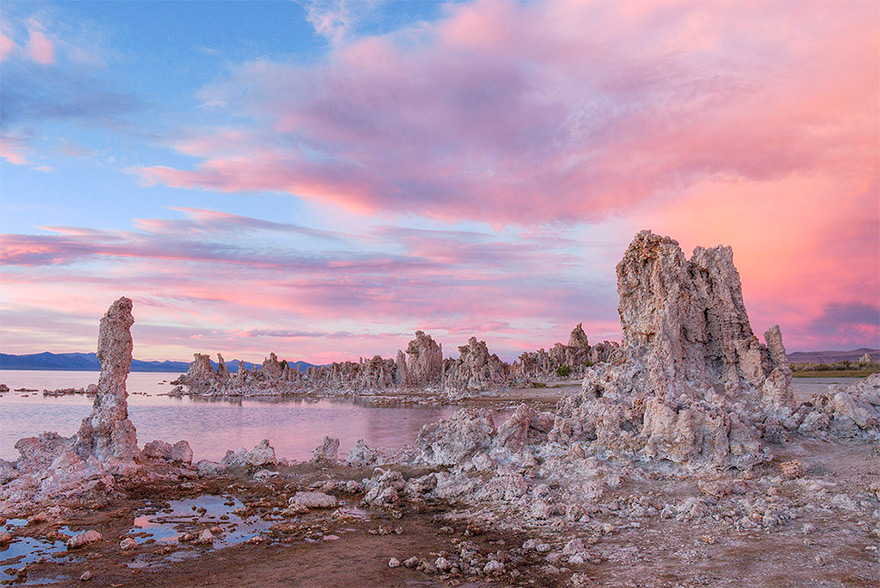 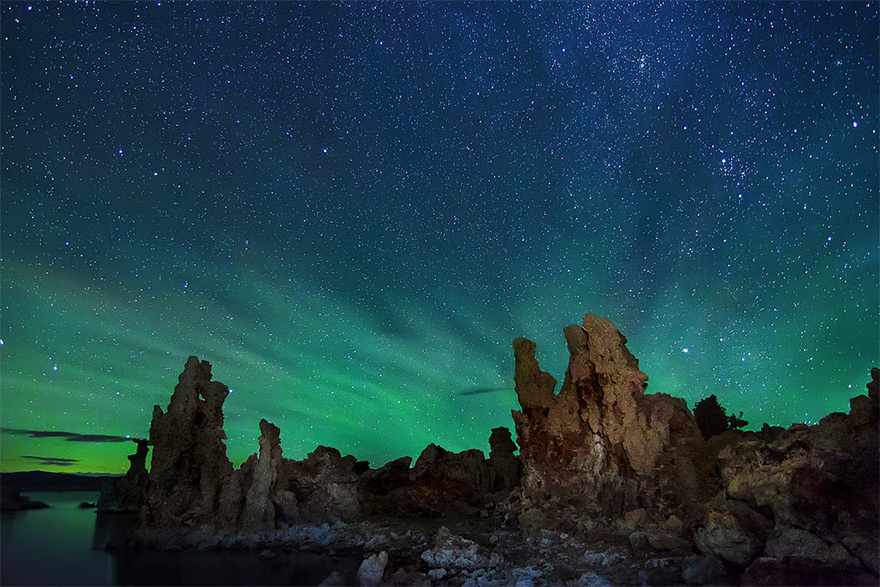 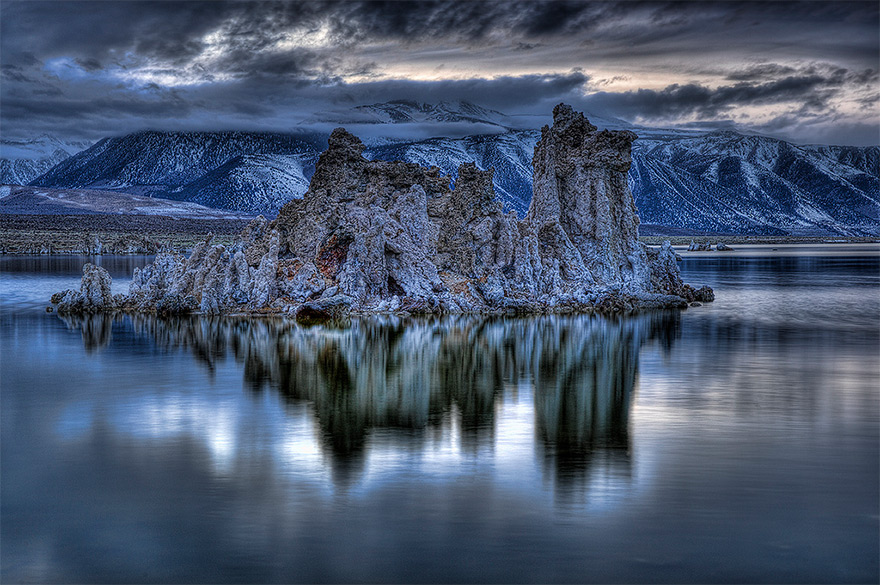 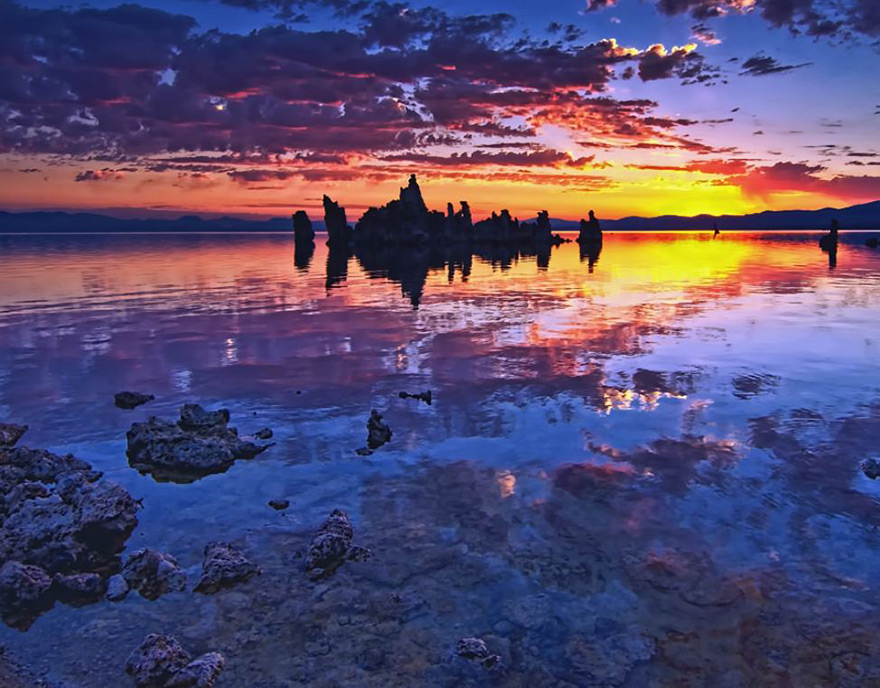 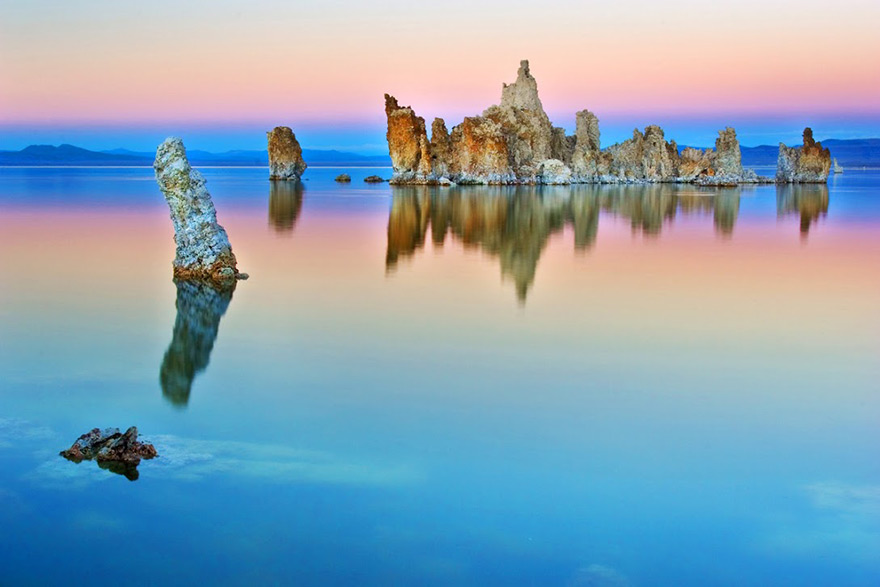 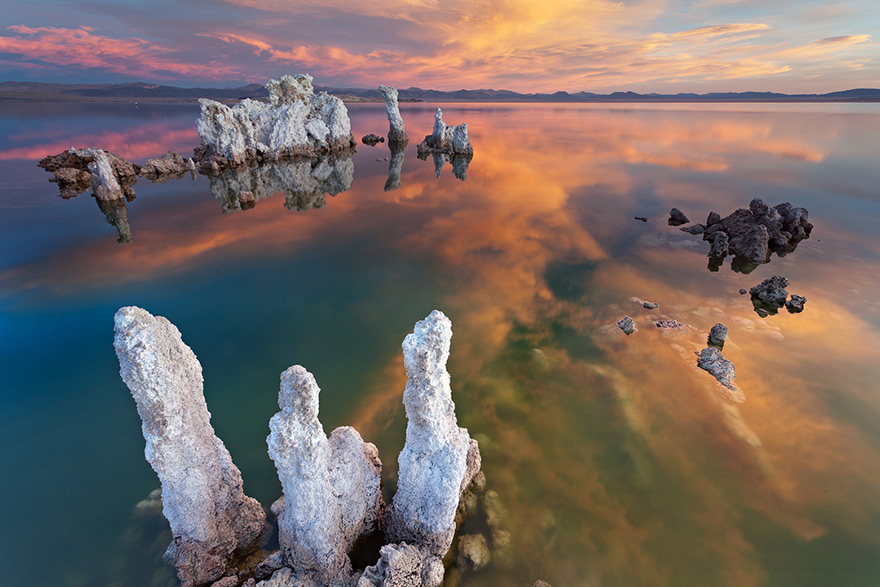 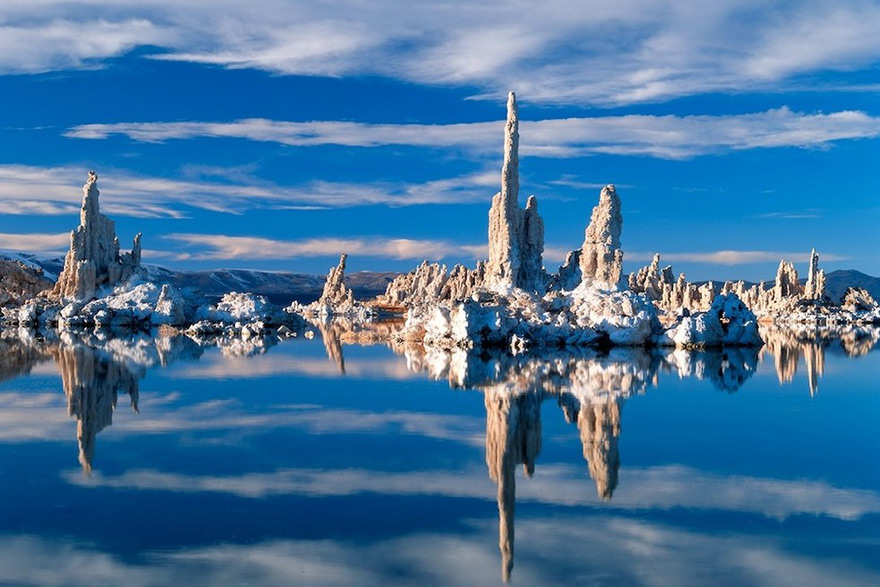 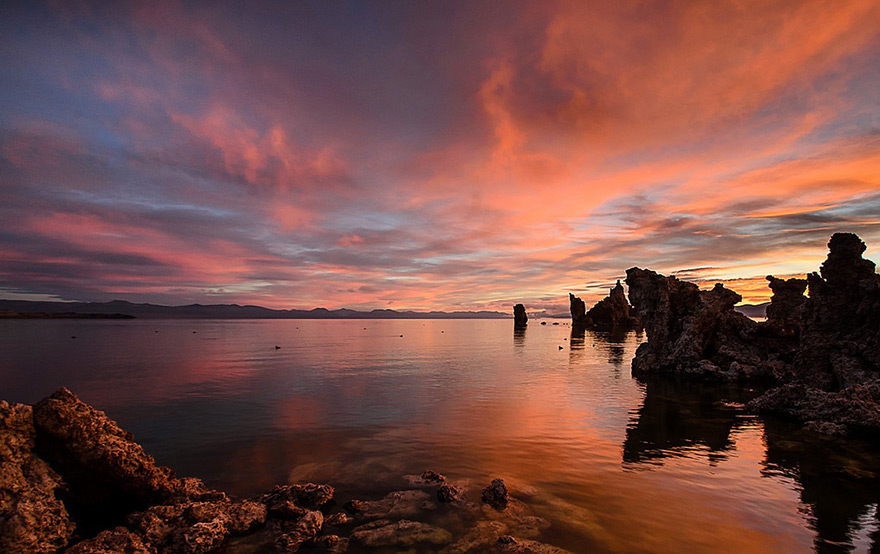 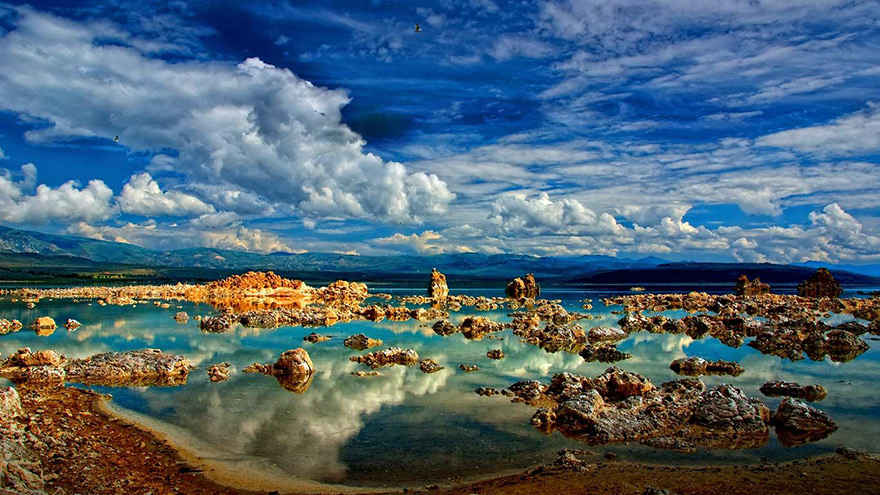 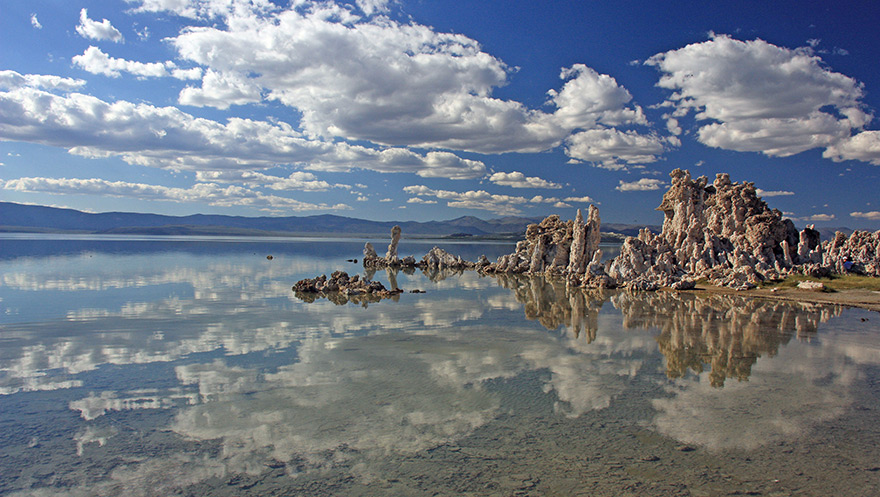 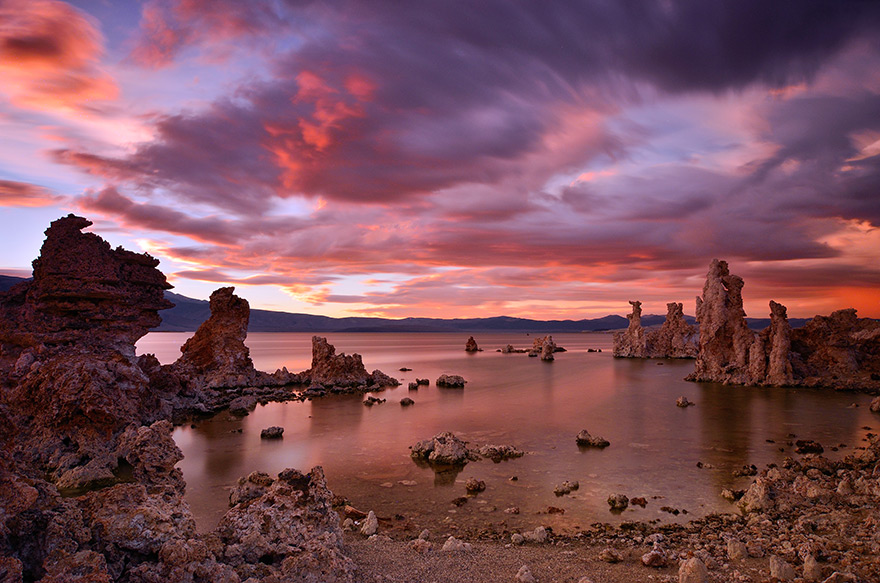 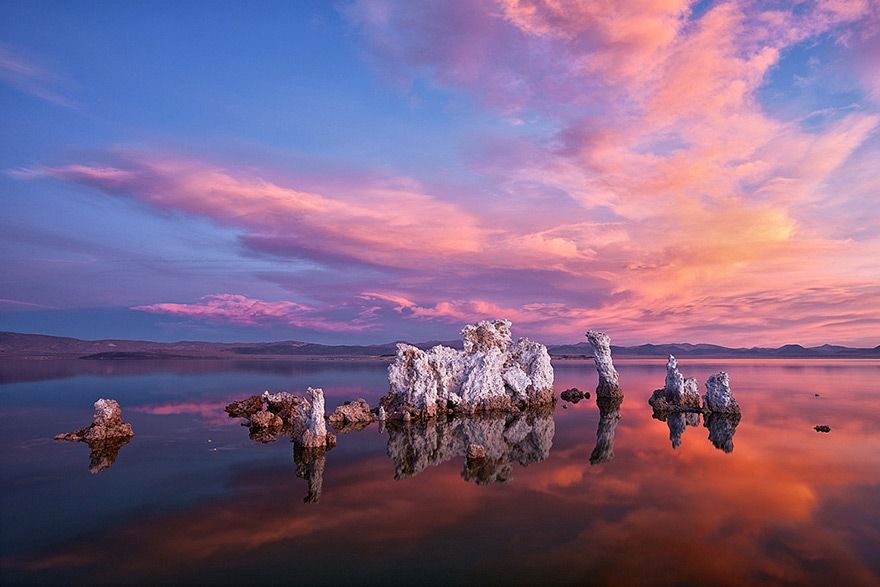 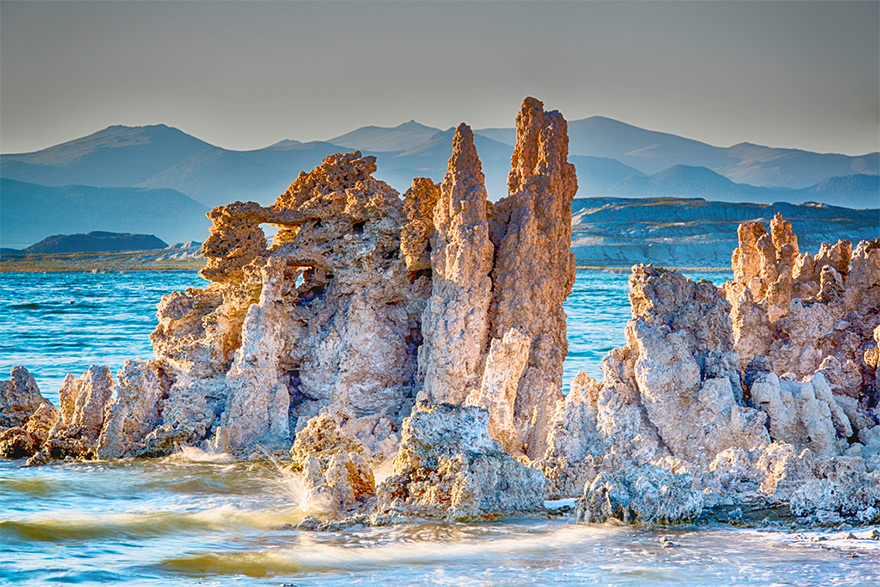 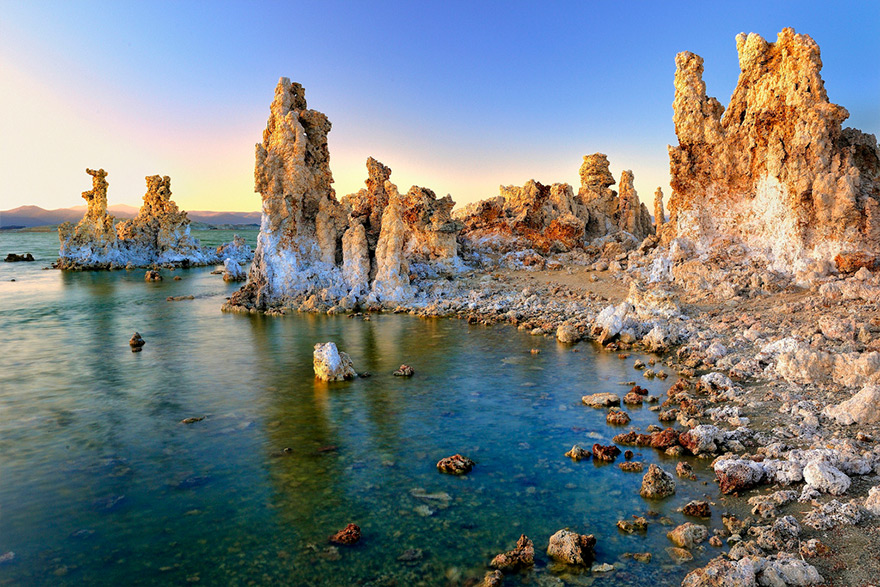 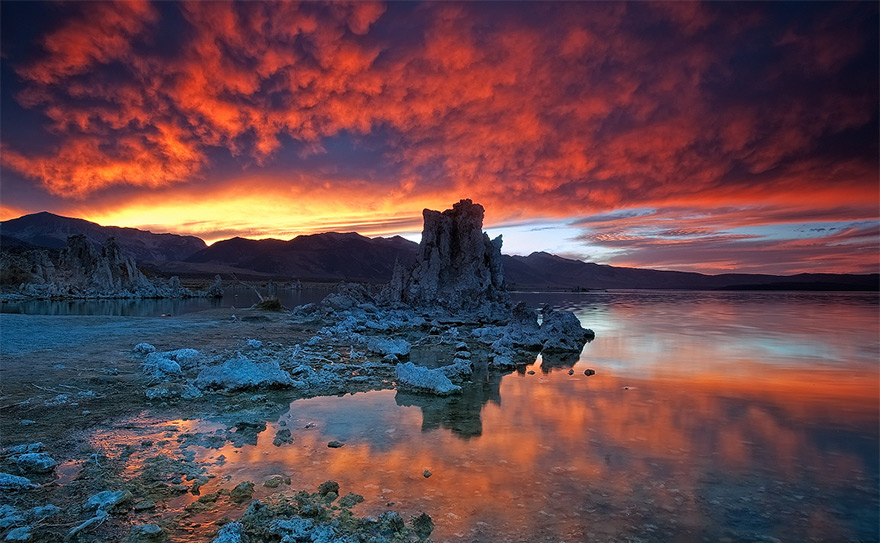 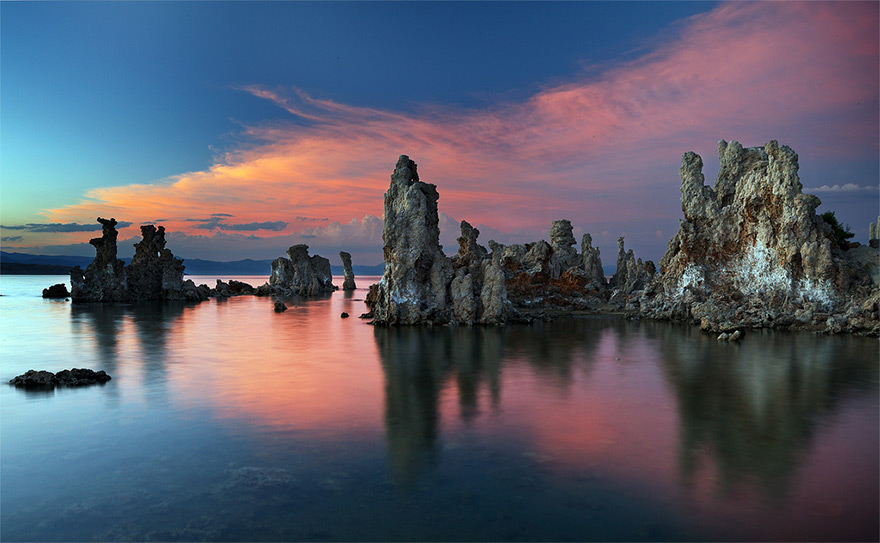 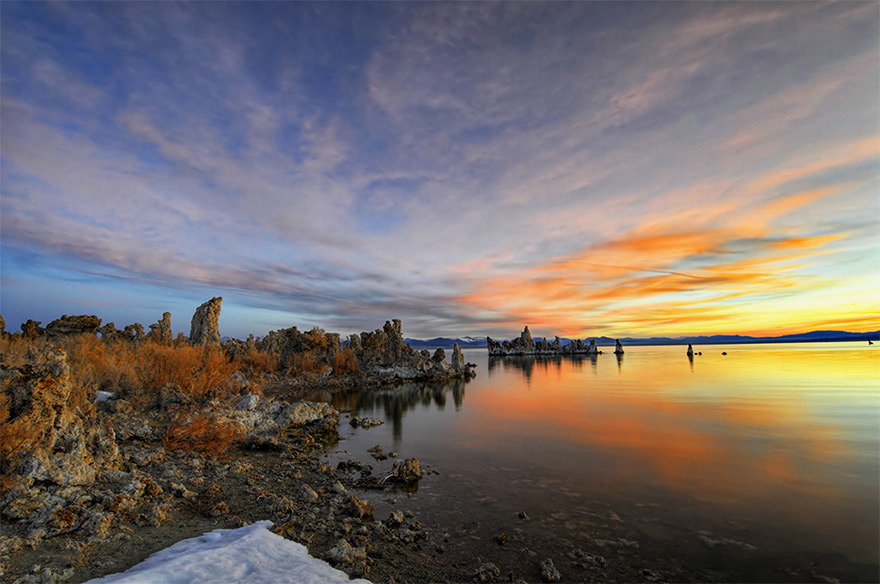 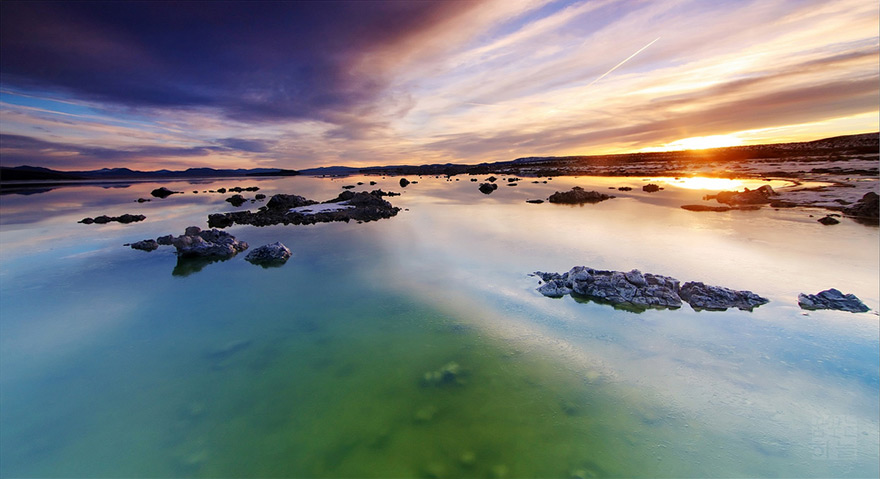 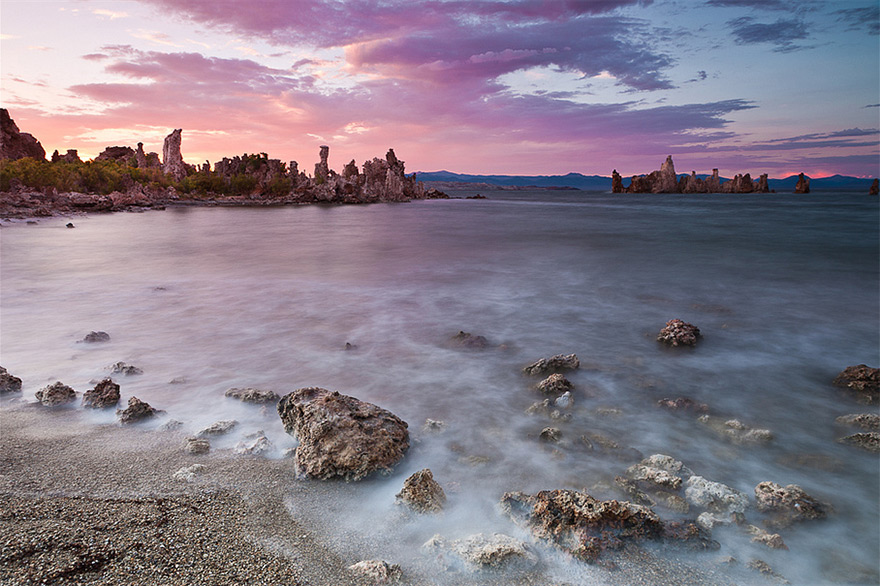 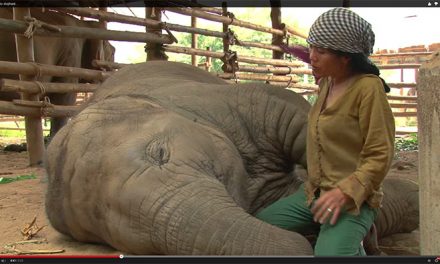 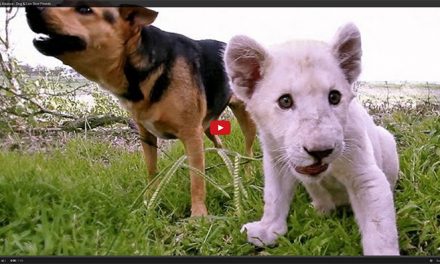 This Lion and Dog are Best Friends! 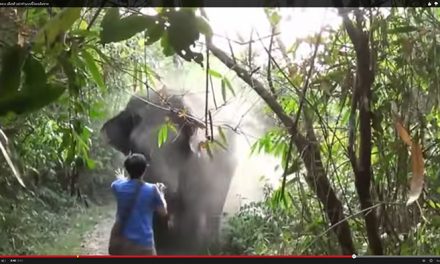 Watch What Happens When a Tourist Tries to Follow an Elephant in the Forest!